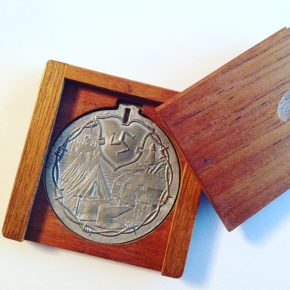 Unpublished academic paper delivered on this medal and others that were created and made by internees in British internment camps during the first part of WW1 on the Isle of Man.

This is new information on these medals.

I had inherited this medal and finally researched it.